Where are the Women in Skilled Trades Industry Jobs? 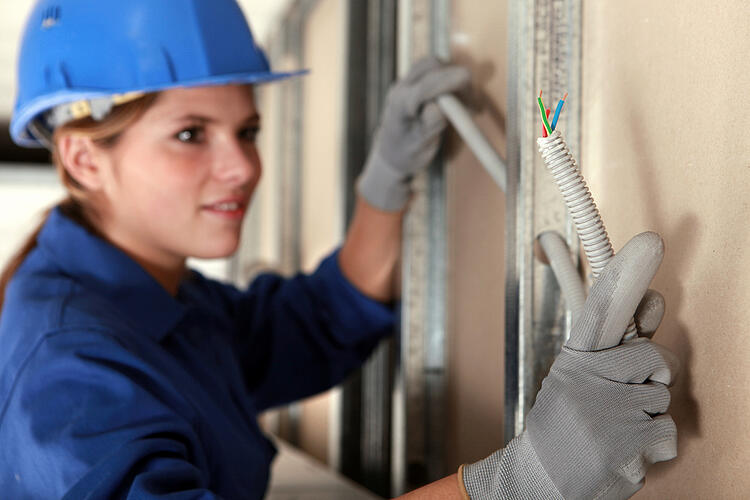 Close your eyes and imagine a typical skilled tradesperson. We are willing to bet that you are picturing a man in a hard hat, work boots, jeans and a tool belt.

Not many people will picture a skilled tradeswoman, and that's because women only make up 5% of skilled trades workers in nationwide, according to Statistics Canada — and that's with 84% of people working in trades like hairstyling adnd aesthtics being women. So, where are the women in the skilled trades industry jobs?

Why is this a trend?

Unfortunately, the Canadian Coalition of Women in Engineering, Science, Trades and Technology (CCWEST) says that women are still seeing discrimination in the trades workforce. Even though women tend to graduate in the top of their class, they are often the last to get hired. Of course, that's not to say that all skilled trades employers are discriminating purposefully — often, when hiring, employers aren't just looking at qualifications but looking for someone who fits into their corporate culture. If there aren't any women on staff already, they may think they won't fit in or won't be comfortable.

But, with more and more women entering the skilled trades in Ontario, we're happy to report that this outlook is changing and it's changing quickly! (Just ask some of our graduates!)

Skilled trades have a bad reputation

As we've talked about time and time again, the skilled trades in Canada have a bit of a negative perception among youth and their influences — like teachers and parents. Many people believe these jobs are low paying and are less academically challenging.

We've spent a lot of time busting these skilled trades myths, and one that we know is particularly interesting for women is that they can earn just as much as men (and even more than men in other fields!) working in the trades.

The times are changing

Despite all this, we are positive there is a future for women in the skilled trades. There is an opportunity for women to take advantage of the Canadian skilled trade labour shortage and contribute in a meaningful way to our economy.

If you are a young women interested in pursuing a career in the skilled trades, you will, unfortunately, have some barriers to overcome — but at the Skilled Trades Academy, we want to help you get the education you need and into the career you want.